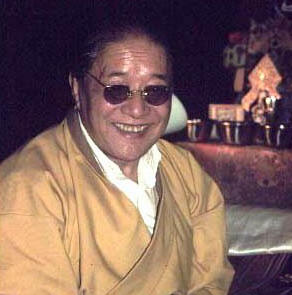 The king of all the great yogis in the 20th century, Jigdral Yeshe Dorje, commonly known as Dudjom Rinpoche (1904-1987), was the reincarnation of one of Guru Padmasambhava’s twenty-five disciples, Kyeo Chung Lotsawa. Incidentally, one of his previous incarnations was Lingchen Repa, root guru of the first Gyalwang Drukpa Tsangpa Gyare Yeshe Dorje. 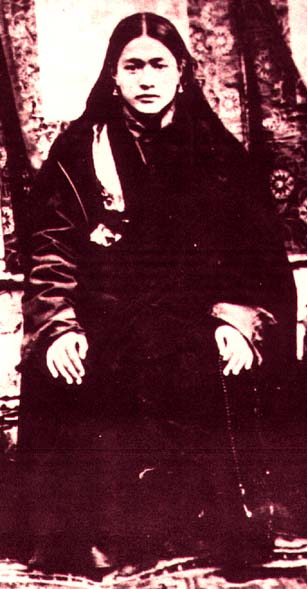 When past incarnation, Dudjom Lingpa or Geley Terton, intended to leave his relative body and wanted to take reincarnated form, he told his disciples to prepare to journey towards Pemakod, where he said he would be going and informed them that this place in southeast Tibet was like a paradise on earth. Relatively speaking, he was very old, and people had a difficult time believing he would travel that distance, that is, until he started making a carriage for himself. Some of his aged disciples even started their journey ahead of him knowing that it could take them at least a year to get there. The size of the carriage that he made for himself to ride in was infant-size and people remained in a confused dilemma until the morning when they found him in his completed state of meditation that continued for a few weeks. The young reincarnated form of Dudjom was later found in Pemakod exactly where Dudjom Lingpa wanted himself to be reborn. He was recognized by Phukhong Tulku, a disciple of Dudjom Lingpa and Jamyang Khyentse Wangpo, according to Dudjom Lingpa’s specific instructions on how to recognize his father, who was Prince of Kanam, a direct descendant of King Trisong Detsen, and his mother, Namgyal Drolma. Dudjom Lingpa’s disciples were so pleasantly astonished to see him recognising all of them and communicating with them in the local dialect of the Gulok region where he had spent his past life. At the young age of fourteen, His Holiness became widely known as a scholar and meditation master. Many of his students have since shown signs of full enlightenment. There were no Yogis or enlightened scholars who exceeded him in the region at that time. He followed his own omniscience and decided to leave Tibet in 1958, before the difficult time in the country occurred. He then dedicated his entire time and effort to teaching and empowering millions of his devotees across the world. His Holiness told us that despite all the activities that he had engaged in back in Tibet, he found the empowerments with the teachings the most beneficial for others. He said that he did try almost everything else to help beings, but unfortunately, due to the lack of positive karma, not many of the activities became as beneficial as he expected. Subsequently, he said he was not interested in anything but teaching and empowering with the blessings those who wanted him to do so. 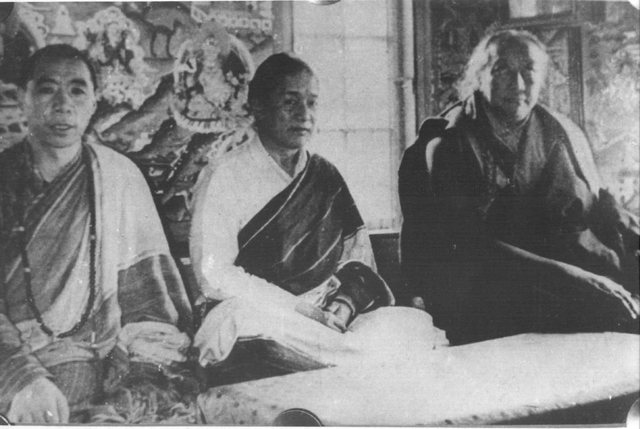 Dudjom Rinpoche passed into parinirvana on the 17th of January, 1987 at his residence in France. I was told by one of the masters who was there to serve him that relics of his body were left as a sign of dissolving his Nirmanakaya body into the pure space of the Dharmakaya. His relative physical body had also shrunken by almost 85 %. His remaining body that he purposely left behind for us devotees is presently placed in a stupa in one of his main seats, near Boudhanath, Nepal.

Although I believe that I have a magnificent connection with this great yogi from many past lives, somehow due to my lack of some particular positive Karma, I did not have much chance to be with him physically in this life. However, I have had the pleasure of receiving some direct instructions on mind and the entire Terdzod empowerment, among others. On one special occasion I was given a 3-word instruction on essential mind – and that was it! I could not explain what actually happened with me at that moment. However, I have no interest to mention these things. I wish these kinds of yogis and masters, in order to save all of us, would fill the entire world. May I reunite with him wherever he is now!