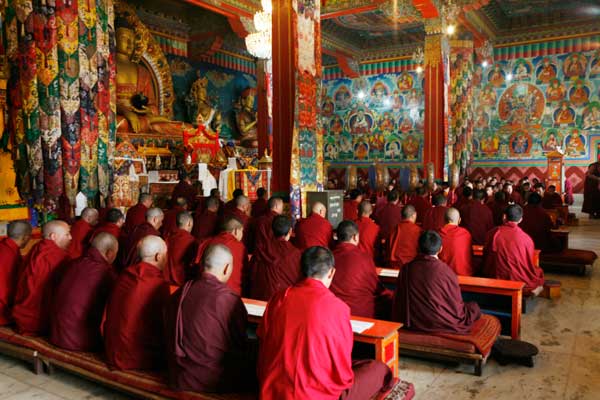 I have only included some of the main monastic organisations reporting directly to my office in this section. This list will be updated with photos and descriptions over time.

In our tradition, monastic organisations had always been the backbone of our various societies and communities. Historically, monasteries provided education, medical care, consultation, astrological information, psychological help and many other different services. In return the people living in the surrounding of each monasteries supported the monastics with donations or with their labour.