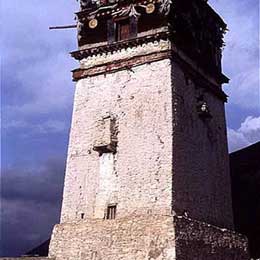 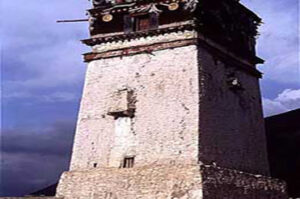 Some people have asked me questions about how to deal with fear, especially fear for evil spirits, fear for ghosts. It does sound like a very peculiar question, but fear is something that we always have to deal with. Hope is the lifetime partner of fear. Hope and fear always come together. We can even say that hope is the peaceful spirit and fear is the wrathful spirit.

Most of us feel that evil spirits are different from hope and fear. In a way, they are manifestations of our mind. In another way, to us they are very real. Spirits who are harmful to us, like the ones we see on movies, seem to be quite real.

Then based on this, someone asked me whether there is such thing as exorcism in our spiritual tradition. I didn’t even know how to spell this and what it meant. I was told that exorcism is the action to get rid of the evil or harmful spirits from human bodies. There are many movies and horror stories about how these spirits took possession of human bodies.

Yes, we do have spirits possessing human bodies. In our monasteries we do see a lot of these. They are not necessary evil spirits, some are friends or people that we know. I guess they must have some unfinished business or a strong attachment to what they have left behind. So they stayed back to attract some attention.

I believe that only compassion can successfully perform the so-called exorcism. I am going to share with you a story about my own great grandmother, that is my mother’s grandmother. My mother had learned most of her spiritual practices in her childhood from her own grandmother, Kesang Wangmo. My great grandmother lived in Lhodrak, the place where Milarepa built the 9 storey tower for Marpa’s son. She was a Dzogchen practitioner and left this world with a rainbow body. You must be guessing that she was a Yogini or a high lama or something this. Well, she was just an ordinary housewife, working very hard to keep her family happy. She was always reciting Amitabha mantra, billions of them. She was also very kind by nature.

There was a Khenpo who passed away and who used to come into my mother’s nun friend’s body. He was very strong and powerful. Everytime he came into the nun’s body, the nun would automatically changed her appearance, her head would be bigger and she would be speaking in his voice. He was very bossy, everyone was very afraid of him. Whenever he appeared, everyone had to run around preparing food for him and preparing a high seat for him. He gave teaching too, while possessing the nun’s body. My mother had taken some teaching from Khenpo when he was alive and she was apparently the only one whom he wasn’t treating with hostility. Everyone else was afraid of him.

High Rinpoches and high masters from everywhere came to perform exorcism on the nun who was possessed by the Khenpo. No one could get him out. In fact he got so angry one time that he even spit on the face of a Rinpoche. No one could do anything. One Rinpoche told my mother that she should request her grandmother to speak with the spirit of Khenpo. Apparently my great grandmother had taken some serious teaching from him before. So she came and had a nice talk with him, saying that great Khenpos like him in robes should not be scaring people and harming people. He should leave the nun alone. Surprisingly, he left. My grandmother was not doing any poojas or any dramatic rituals, she treated him with complete compassion and kindness, and on top of this, she was not afraid. As you all know, spirits know everything. The Khenpo knew that my great grandmother was talking with complete compassion without any egoistic motivation. So he left.

This is a true story I want to share with you, because everyone of us has the ability to develop the genuine compassion. We better believe in this, rather than believing that it’s impossible for us to develop anything good. Just as I said yesterday, we always have strong belief in all the negative phenomena, and we have no confidence in the good things. To change our life in the positive sense, let’s start with believing that happiness, joy, peace, all the great things can happen with ourselves first. We can be fearless if we want to. With this understanding or belief, then we will one day be able to attain rainbow body too, like my great grandmother.

Lastly, with all my love and blessings, I want to wish all my beloved friends and students in Ladakh, a very happy new year. 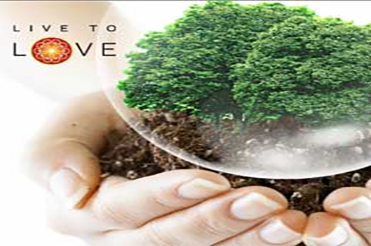 Giving Back To Nature

Nature has always been very kind to us. We live on nature, or rather we are a part of nature. I would like to say, "We are nature!" Ever since... 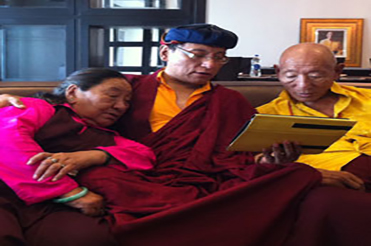 Our pen drive in our heart or our mind is sometimes very tricky, it stores useless information and throws away meaningful information into the recycle bin. I always tell my... 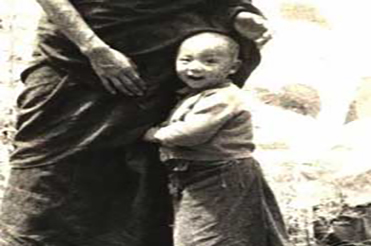 Can you remember the time when you were very small, playing in the garden or running around in a park? I don't think children today have the luxury of connecting... 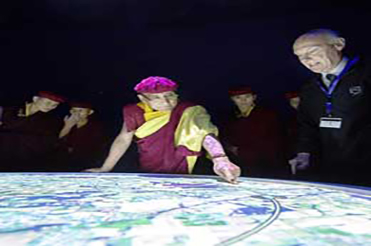 My World, Our World 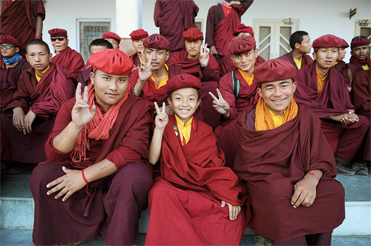 For years, many people have been complaining that I am not obeying the normal standards or the normal rules, which is true. People like me most of the time have...

Internet connection has not been working since we finished the Pad Yatra, due to some technical problems not resolved immediately. I should not be complaining since most of my friends... 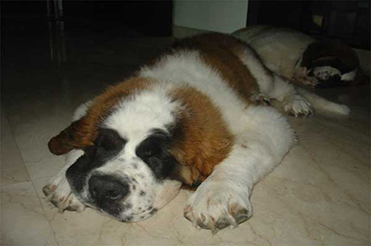 Have you ever felt at home and familiar when you go to some places and meet some people? This is the karmic results or karmic imprint from our previous lives... 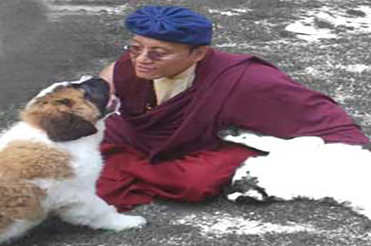 I wish I can find all the other great masters as easily as I have found my long lost friend, Holy. Actually if you want to make a big fuss... 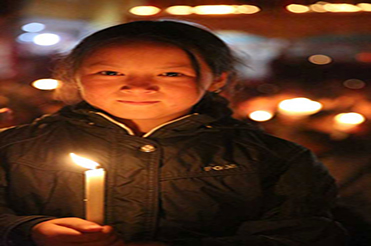 What happened on 14th December in America and China must have been a nightmare for many parents all over the world. First, I was requested to pray for 20 children... 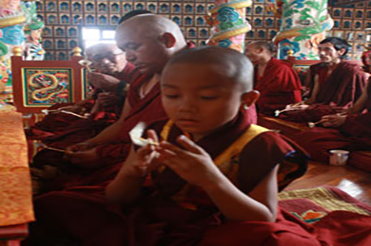 This is the holiest lunar month in a year, started 7 days ago and today happens to be the sacred anniversary of Buddha Shakyamuni's birth. I recommend all my friends... 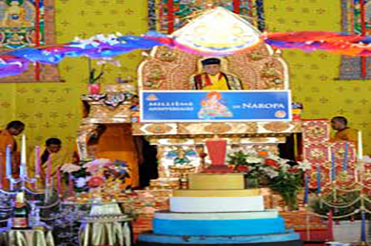 What A Great Celebration

Every moment that I have spent here at Drukpa Plouray has been filled with great joy and pleasure. Firstly I can see the amount of effort Drubpon Ngawang has put... 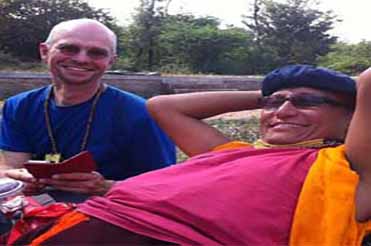 The joy of being a guru is when he or she gives a test, the students or disciples pass it, it doesn't matter if they pass it with distinction or...