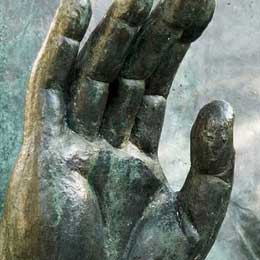 I guess the “end of the world” does not mean the “end of samsara”. I don’t think samsara will ever end. We should call for a celebration if samsara is near end. For the world to come to a complete destroy, our negative collective karma has to be working together.

My parents and many people have pitched tents tonight, staying outside of the buildings, because many people from my father’s monasteries have told him that tonight is the day when the end of the world will happen at 12am midnight (12:12:12:12…), but they didn’t inform specifically which country or which region the midnight would be based on . So for the fun of it, my parents are having night picnic right now. People told them that buildings might collapse, the world will be destroyed and it would be safer to stay in the open. I called my parents just now and found out they had just slept soundly. My father did tell me that he couldn’t believe that people actually believe in this sort of predictions. Anyway, they were going to enjoy themselves in the nature and have good food before retiring.

Today, I happen to be on the 31st floor. I guess I would have nowhere to run, if the building collapses. I suppose I have to pray very hard so that tomorrow morning, I will be waking up on top of the rubbles.

Whether the world will end or not actually depends solely on us. If our mind is corrupted with negative thoughts and motivation, then our speech and actions will be corrupted by negativity. For me, when our mind is full of negativity, there is no space for Bodhicitta, there is no space for understanding, for love and for mindful living, I consider this as the end of the world, at least the end of my world.

Anyway, do not fear the end of the world is near, but at the same time, do not indulge in too much of mundane comfort, thinking that we will live forever. Rather than believing that the end of the world is near, why don’t we use the present to live happily to the fullest. As I always say, happiness will only come when you share happiness. So, we should always encourage each other to engage in positive deeds and keep our body, speech and mind in the present, live mindfully.

For those, like some of my friends who believe that either tonight or 21st December is the end of the world, try to complete your practice or recite Guru Rinpoche mantra. Anyway, we have to dedicate our life to progress on our spiritual path, maybe this fear for the world ending soon is not bad to encourage us to practise more, last minute!

For example after watching a horror movie, you would remain scared of ghosts and spirits for at least a few hours, so much so that you wouldn’t want to turn off the lights because of fear. If someone tells us for hundreds or millions of times about angels watching over us, Guru being Vajradhara and always protecting us, Dakinis being always there helping us, we normally do not have any feeling and wish to believe this. You can just simply imagine how badly we are affected by bad karma.

Even if you don’t believe in karma, don’t you think that there is something wrong with us? It is a great mystery that we choose to believe in the negative rather than the positive, something is really wrong with us. Many of us often have that much of fear, we always say and feel, “I can’t sleep alone by myself, there are some spirits coming, I have to turn on the light.” If you feel so much fear, logically you should also have a strong sense of believing that Guru or Vajradhara is there to protect us, or for those who believe in God and angels flying over your head, you should feel protected at least for a few hours and a few minutes. If you normally choose to believe in the negative and see only the negative side of things, of people, that actually means that you have a pretty long way to go in terms of spiritual path. It actually means you have to be recognising that you are the one who have to be saving yourself, you have to purify your concept or mindset of ghosts being very much in existence and the positive spirits not existing. This kind of negative mindset is causing us a lot of fear and problems.

We always talk and discuss about the positive concept or devotional objects such as Buddha, Dharma and Sangha, Guru, Dakas and Dakinis, but there is no impact, despite talking about it whole life. We don’t believe. Why can’t we believe it? Yet, after watching horror movie, we believe in those horrible concepts and negative spirits, it doesn’t really make much sense. So rather than believing in the world coming to an end, why don’t we just put our feet down and believe in positive world and positive living? This is a fantastic way to start counteracting all the negative energies surrounding us, with so many people talking about the negative predictions for today and 21st December 2012. To tell you honestly, I still do not understand what this is about. Have a very good night!